Supersonic aircrafts are subjected to temperatures as low as -55°C when traveling at subsonic speeds at high altitudes and temperatures of approximately 200°C when traveling at or above Mach 2. Adhesive joints on these aircraft must be able to maintain performance levels throughout this broad temperature range. Adhesives designed for low-temperature applications typically lose some of their strength at high temperatures and may even degrade, while adhesives designed for high-temperature applications are generally brittle and may fail at low temperatures. A research team from the University of Porto (Portugal) and the University of Bristol (UK) set out to investigate the possibility of designing a mixed-adhesive joint consisting of both a low-temperature adhesive and a high-temperature adhesive that would support the required load across the entire temperature range.1 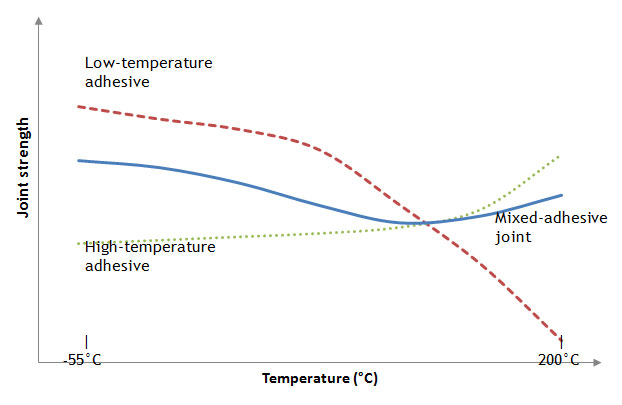 The goal of the research study was to measure the mechanical properties of select adhesives across the entire operating temperature range ( -55°C to 200°C) and assess whether a combination of low-temperature and high-temperature adhesives would be able to successfully support the supersonic aircraft application.

The research team conducted tests to measure the mechanical properties in tension and shear of all three adhesives across the operating range of -55°C to 200°C. Stiffness, strength, and ductility tests were performed for four specimens of each adhesive at -55°C, 22°C (room temperature), 100°C, and 200°C. Dynamic tests of stiffness were performed under flexure from -55°C to 200°C to confirm the static stiffness test results. The performance of each adhesive was also tested in single-lap joints using hard steel adherends.

Results showed that Supreme 10HT maintained sufficient stiffness, strength, and ductility to carry a load over the temperature range from -55°C to 100°C and higher (refer to Figures 2-4). Above its Tg (135-140°C), it softened, and was not load bearing. 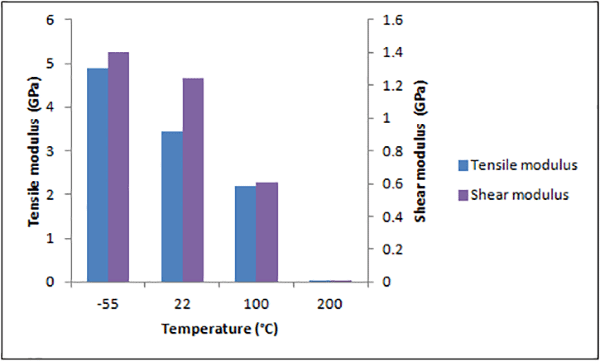 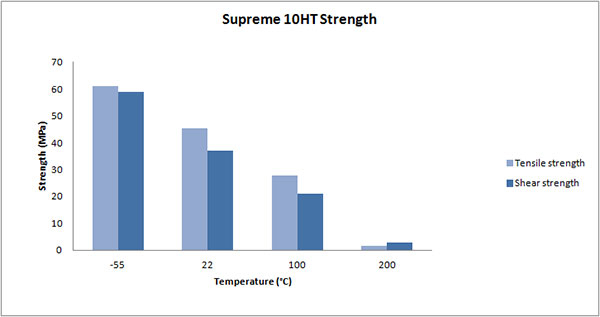 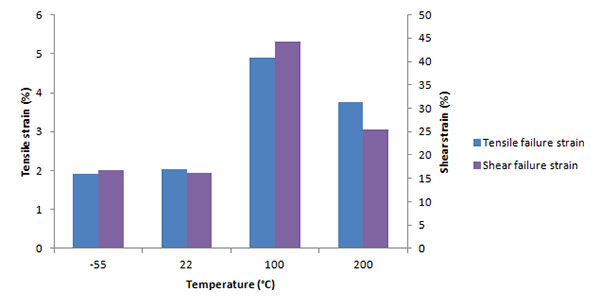 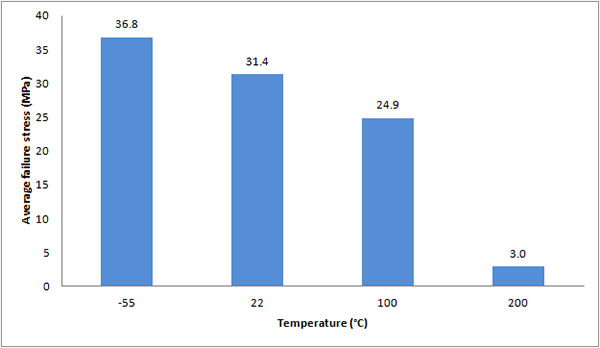 In single-lap joint tests using hard steel adherends, Supreme 10HT performed well up to 100°C, as Figure 5 illustrates. Results also showed that the high-temperature bismaleimide adhesive was stiff and strong from -55°C to 200°C, brittle for temperatures below 100°C, but more ductile at 200°C. The researchers concluded that Supreme 10HT should be capable of supporting the load through at least 100°C, above which the high-temperature adhesive can bear the load safely, and proposed a future study in which mixed-joint adhesives are designed and tested.

In a later study, the researchers fabricated double-lap joints consisting of titanium and a composite material.2 They tested two different mixed-adhesive joint designs, designated MAJ1-1 and MAJ-3, using Supreme 10HT and the same high-temperature bismaleimide adhesive examined in the earlier study (refer to Figure 6). Results shown in Figure 7 indicate that the mixed-adhesive joints improved the overall strength performance of the joint across the temperature range ( -55°C to 200°C). 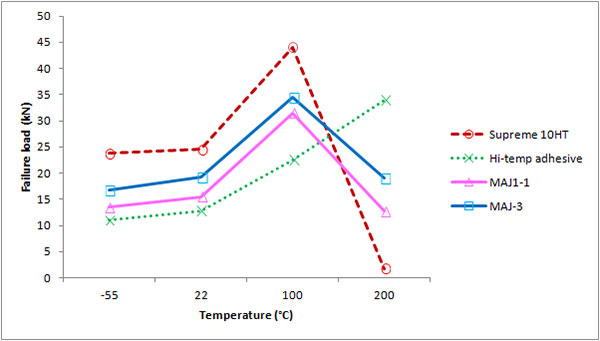 In several research studies, Master Bond Supreme 10HT has been shown to be exceptionally strong, durable, and tough over a wide range of temperatures and after repeated thermal cycling. Supreme 10HT performed well in a variety of applications with both similar and dissimilar substrates and was compatible with a commercially available dielectric fluid. The combination of outstanding performance and convenient handling makes Supreme 10HT an excellent choice for applications in the aerospace, automotive, electronics, military/defense, and other industries.